This article explores some of my experiences of combining yoga and practising Christian religious-spirituality. Someone from spirit came to me during the night one evening at dawn whereby I could hear a male voice speaking to me which said “this is what his people are doing in the future” and suddenly I started to see myself in a dream whereby I was visiting what looked like a large European style Church, this place was not on our world, it appeared to exist exclusively in spirit and whether it was a real place or based on a real place or not I could not say.

In this dream I observed myself walking through a stone corridor similar to the photo depicted below, I soon encountered a room off to the right side and peered round the door. I could see both young men and women doing yoga in what seemed like almost total silence. It all seemed incredibly sacred and I quickly ended up bowing down at the back of the room in awe for what was taking place but I still wanted to remain so I could see and experience what was happening. The only noise was the rustling of light clothing as they changed positions and someone presumably who was a yoga teacher standing at the front speaking out the next position.

The room I was looking into was a moderately sized hall that seemed to be constructed from wood, stone and coloured stained glass, it was large enough for two groups of maybe up to 50 people to be split down the middle, men on one side and women on the other. The main focus point of the room was undoubtedly the large stone column featuring a stained-glass window at the top that enabled colour tinted light to flood into the room. The floor was made of some sort of dark stone and people didn’t appear to need the use of cushioned yoga mats for the exercises being performed.

These people were practising yoga as part of worshipping God and divinity. 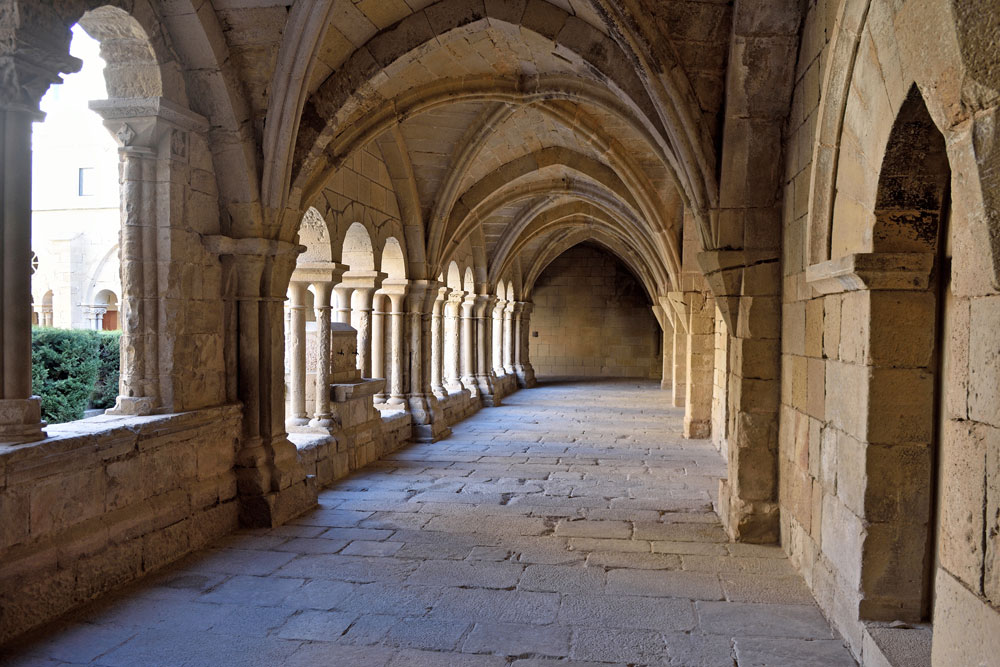 The yoga positions I was seeing were quite advanced and consisted of poses like “eka pada galavasana” and “kakasana” where I witnessed everybody balancing on their arms and hands, whilst switching between different side and central variations of this position in quick successive unison whilst still managing to keep their arms balanced and their legs held in the air at all times. 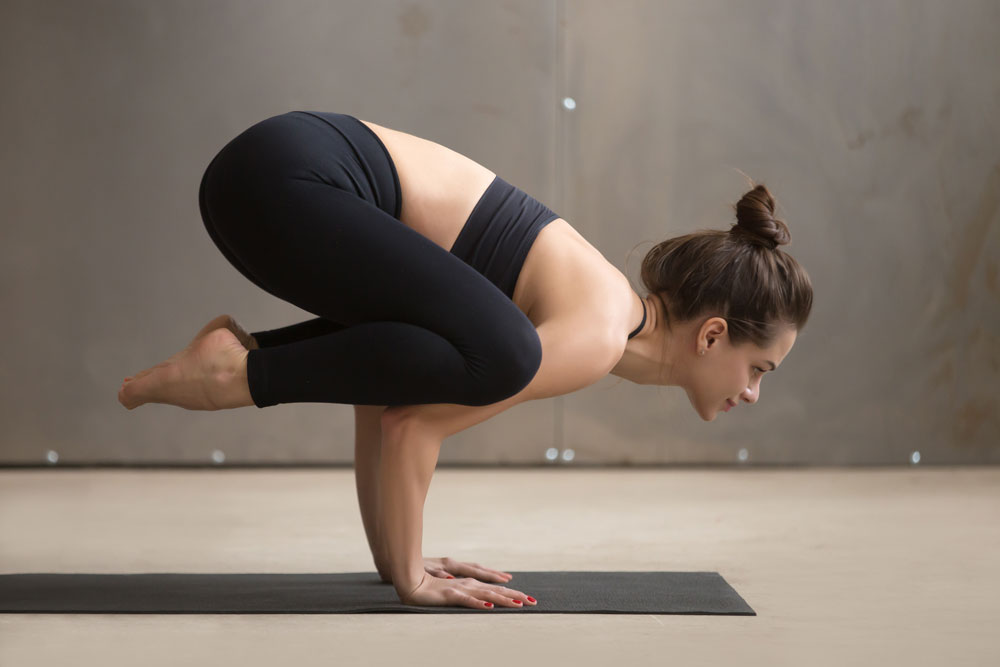 It was very apparent from this experience that the human body and form is to be respected and kept in shape, made fit, strong and healthy and that to allow oneself to fall into a state of decline, degeneracy or obesity without making any effort to stay healthy, correct it or to reverse damaging effects is to continue to accrue personal karma and fall into an even worse state of decline that will not only result in further physical limitation, disease and suffering but also determine the quality of spiritual realm in which you will be accepted into after death or the quality of the next world you may incarnate into for further physical lessons.

The energy I received from visiting this place in spirit afterwards had my soul aspect creating and laying down an attractive crystal spiral path consisting of rough-cut pale blue gemstone slabs similar in appearance to blue lace agate or turquoise, the spiral seemed to make an appealing design and would probably be something I might seek to emulate somewhere if I ever had the resources or opportunity to construct something like this and the right stone to work with.

A recent BBC article here reports about a Greek Orthodox priest who claims yoga is incompatible with Christianity and doesn’t understand how it can simultaneously both be part of spiritual practise and a physical exercise for developing strength, tone, flexibility. Yoga is also a great tool for healing the mind, which is intricately connected to the body in combination with tension and subtle energy the body uses. It’s also very effective at removing the physical discomfort associated with anxiety as it removes the stress and tension stored in the body, particularly near the upper legs, hips and pelvis which I tend to find will cause unpleasant friction burning if it isn’t addressed, something I solve with prayer, yoga and effort to control and balance the energy and intent of the mind itself.

Another spirit voice later commented that “It will probably be ‘Child’s Pose’ that gets Christian’s interested in performing yoga” and this seemed to point to a present day lack or divide between Christian’s doing yoga, but also understanding that prayer is already a significant part of Christianity, and this particular position combines prayer with a yoga position that creates a surrendering of the body. Surrendering the body appears to be one of the vital steps necessary to ensure a person doesn’t become victim of corona viruses, something that at the higher levels of humanity don’t have to suffer with due to understanding the spiritual nature and expectations of life. It also appears to be an essential aspect of the ascension process that enables a person to remove past trauma, learn from past mistakes and to rise in frequency and reach a higher level of reality, which at the top is called Heaven. 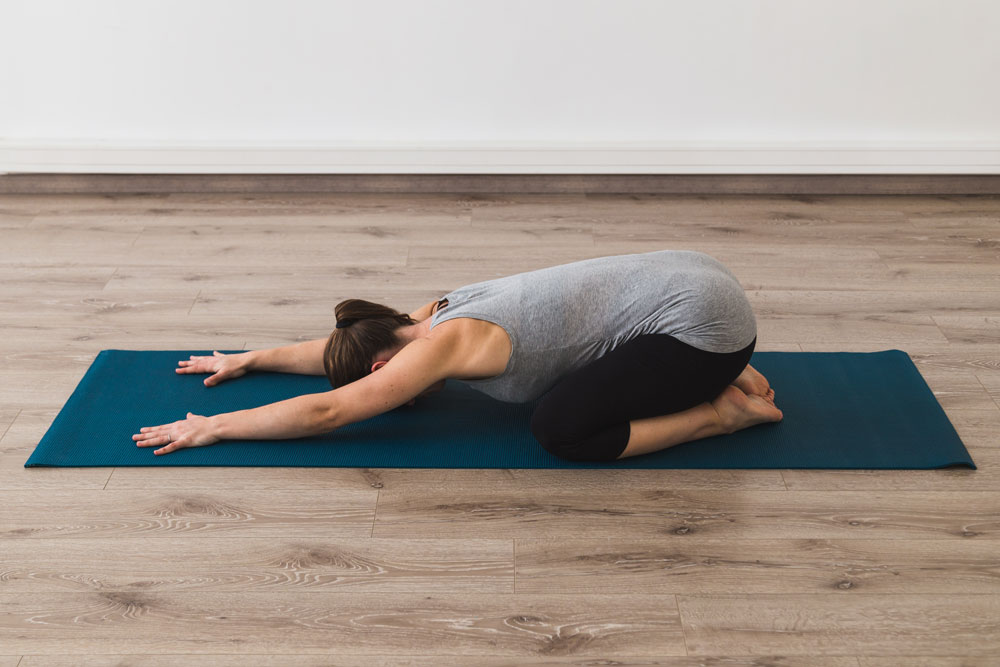 The real question to me is whether or not yoga will eventually become integrated into Christianity on our own world? We presently don’t seem to have many places where Christian’s can both worship and do yoga at the same time in a place anywhere near as large, sacred and seemingly accessible as I observed in my dream, although many smaller local churches do seem to rent out their hall spaces to yoga teachers. I’ve not visited many churches around the world, so I could be wrong about this. It was very apparent that this person wanted to communicate to me that this is something presently missing from Christian worship and spiritual practise on our world.

As a result of this experience and what I now know about the significance of yoga, I predict that in the future yoga will probably become a much more significant part of Christian worship that incorporates prayer, meditation and yoga-bodywork into spiritual practise as it plays a significant part in releasing karma, developing blissful states and growing spiritually, particularly in unleashing the potential of the human chakra energy system necessary in order to evolve. These are just some of the things that people whom are critical of yoga as a physical or spiritual practise do not yet understand, but until they do yoga for themselves, they’re not likely going to understand its relevance and the effect it has.

We use cookies to ensure that we give you the best experience on our website. If you continue to use this site we will assume that you are happy with it.OkPrivacy policy